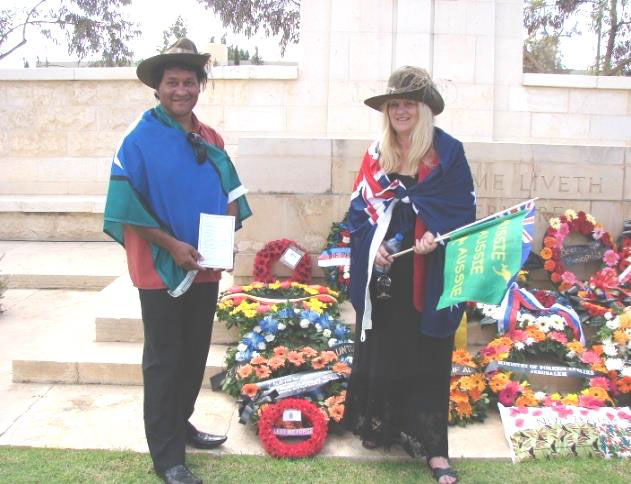 We timed our visit to Israel so that we would be in Be’er-Sheva for the 93rd anniversary of the famous charge of the Australian Light horse on October 31, 1917 and the ceremonies being held that day. We travelled to most of the other battle sites where the ANZACS fought as well

For those who haven’t heard the story before, I’ll briefly say that the taking of the wells of Be’er-Sheva (Beersheba) was critical for Allied victory in Palestine. The British had fought all day, the NZ Mounted Rifles and an Australian regiment took the high place of Tel es Sabe after heavy fighting. Still, all would have been lost had it not been for a daring charge by the Australian Light horsemen (about 800 of them) charging straight into the Turkish guns.

They were regarded as the crazy Australians to charge over an open area to the Turks who were in trenches in fortified positions. German planes were firing on them. The horses had not had water for days and if the Allied forces did not take the wells of Be’er-Sheva by nightfall, all would be lost. The horses smelled the water and galloped ahead at a furious pace. The men were not cavalry but mounted infantry and the daring charge just before nightfall took the Turks by surprise. They didn’t adjust the sights on their guns quickly enough. Some Australians fought hand to hand in the trenches and others jumped the trenches and rode into the city to stop the Germans blowing up the wells. While the charge brought the breakthrough, the charge could not have happened without the British fighting all day and the New Zealanders taking the high ground, preventing them from being mowed down.

This happened on Oct 31, 1917. On the same day, the British Parliament passed the Balfour Declaration in favour of the establishment of a Jewish homeland in Palestine. The political will and the military victory went hand in hand. After fighting in other towns, Gen Allenby was able to walk into Jerusalem with his forces and accept the surrender of the Turks, thus ending 400 years of the Ottoman Empire, and nearly 1200 years of almost uninterrupted Islamic rule of Jerusalem. There had always been a Jewish presence in Jerusalem and Palestine however and Jewish forces fought alongside the British to free their land.

This was a precursor to the formation of the modern state of Israel in 1948 and again, ANZACS played a critical role in the defence of Israel, then Palestine.

So, as we prepared to go to Be’er-Sheva for the Oct 31 service, we approached a number of organisations in Australia to let them know we were going and the Cairns RSL donated us 4 red poppy wreaths, one of which we laid at the Park of the Australian Soldier, Be’er-Sheva and one at the Commonwealth War Graves Cemetery. We laid one at the Commonwealth Cemetery at Mt Scopus in Jerusalem and one at the NZ monument in Ness Ziona. We also laid wreaths of fresh flowers at all three ceremonies in Be’er-Sheva, including the one at the Turkish memorial. We approached the Turkish embassy before leaving Australia for permission to do this. We did it in a spirit of reconciliation.

The New Zealand team brought with them pillows with poppies sewn into them to lay as wreaths at each place noted above because the NZ soldiers didn’t have pillows according to Lila Diprose who made the pillows. They also brought loose poppies to strew.

Norman is wearing a Torres Strait Islander flag at the ceremony as he gave the Aboriginal flag to Richard Evans to wear and he wanted the other Indigenous group in Australia to be represented. Kris Schlyder, an ex-army man with our team laid the wreath at the Park of the Australian Soldier with Liz Wright and Joanna Moss.

We went to three commemoration ceremonies – the Park of the Australian Soldier, the British Cemetery and the Turkish ceremony where we laid wreaths at all three – Australia, New Zealand and Britain together. It was a moving time for all of us and there was time for the team to pray at the cemetery the next day when Norman and I met with the Municipality of Be’er- Sheva.

On Oct 31, we had organised for the Vice Chairman of the Society of the Heritage of World War I, Mr Ezra Pimentel to be our guide and he was very informative. As well as going to the ceremonies, we went to Tel es Saba where the NZ Mounted Rifles and some Australians took the high place, Abraham’s well and Chauvel’s Hill from where he watched the 800 Australian Light horsemen ride into history with their famous charge. We also saw the Warriors Club where a local ex IDF serviceman has built a museum in his backyard with much war memorabilia.

While in Be’er-Sheva, we visited HaMaKom or Bible House where local Messianic congregations have a library, meeting place and coffee shop. Ps Howard and Randi Bass are very involved there and Randi had prepared a wonderful display re the Australian Light horse and NZ Mounted Rifles. It is becoming an ANZAC Museum and deserves support from Australians and New Zealanders. They also gave us refreshments.

Norman and I and our team hosted Howard and Randi Bass from Be’er-Sheva in Australia (Sydney, Melbourne and Canberra) and, with Sue Rowe, in New Zealand (Auckland, Hamilton and Tauranga) in July 2010 in preparation for our ANZAC tour of Israel.

We followed the steps of the Australian Light horsemen and the New Zealand Mounted Rifles as they fought in Gaza, Be’er-Sheva, Ashkelon, Armageddon, Semakh, Ayun Kara near Rishon Le Zion, Yafo near Tel Aviv, Jericho, Hebron and Jerusalem.

We arrived in the dark at Semakh which was amazing as the battle was fought in the dark although early morning and we were there in the evening. It is near the Sea of Galilee and was captured 25 Sept 1918 by the 11th and 12th Australian Light horse who charged a heavily fortified Turkish railway station. Indigenous light horsemen were involved too. The charge was not as big as the charge at Beersheba but just as dangerous and daring. They were mostly Queenslanders and some from South Australia. This ended Turkish and German opposition around the Sea of Galilee. Recently, a statue has been erected to the Australian Indigenous Light horseman and his horse, a worthy commemoration.

We went to Mt Carmel and Megiddo, the Allied forces capturing it on 19 Sept 1918, with Australian General Chauvel calling it the Battle of Armageddon. British General Allenby was made Vicount of Megiddo or Lord of Armageddon.

On Friday, Nov 5, we visited Rishon Le Zion which is built on top of Ayun Kara where, outnumbered 8 to 1, the NZ Mounted Rifles won a hard-fought victory. We visited the graves of the 50 Kiwis who died in that battle buried at Ramleh. We laid wreaths at the statue to the NZ Mounted Rifles at Ben Gurion School in Ness Ziona. This statue was only built in 2010 with the opening on March 1.

This account is only a quick summary of one aspect, though an important one of our tour i.e. our journey in the steps of the ANZACS and Light horse. 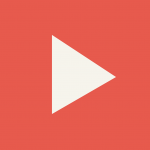